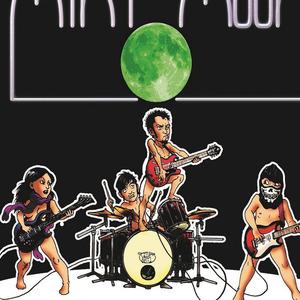 Mint Moon are a 2014 punkrock band. They're original musicians but they like play covers too. Tracks are melodic but violently distorted. Each song could become a success viral hit on web. The three are Billy Blue, Dave Faceless and Jim. Billy is the leader and the original former of the band. Singer and guitarist, he writes all songs with surreal lyrics to give a voice to the universe in his mind, ever in conflict between the love and the hate he feels. Dave is the rage one. He use to wear a skull mask, but not ever, and he has hidden musician skills even if he knows nothing about music theory. Jim is the apparent sober and quiet, he looks everything with the eyes of a film director and he explodes his primitive nature on drums. The boys come from Ferrara, a city rich of traditions but also hostile to innovations. Mint Moon is the innovative, full influenced punkrock sound from a green country land as far from the rest of the world like beeing on the Moon.